Powerade was interested in having a dunk cam video booth at the Final Four Fan Fest, allowing guests to dunk on a lowered rim, and the clip being instantly available to share socially. Not just that, but the camera needed to be positioned overhead to give the illusion of a more “real” dunk. But wait, there’s more! In addition, there needed to be a feeling of power to go with Powerade’s new tagline “now that’s some kind of POWER“. Finally, the clips would needed to be streamed live on a large overhead screen, acting as a way for fans to see what was happening on the court — and who doesn’t love seeing their dunk on a big screen.

After various rounds of exploratory designs to give a sense of power, ranging from explosions to Dragonball Z like energy bursts, the client decided upon a more real world solution — a shattered backboard. Going into it, it was key for us to make the final product look as realistic as possible. We implemented a unique workflow that timed the backboard shattering effect, both sound and visuals, to the very instant the guest made contact with the rim. Speed was also key, so we had to make sure that our process took under a minute, which it did, allowing guests to share their video clip shortly thereafter. Finally, all the clips were streamed to an oversized big screen mounted above the court, as the client requested.

When it was all said and done, we generated nearly 3000 custom videos over the course of the 4 days of Fan Fest. 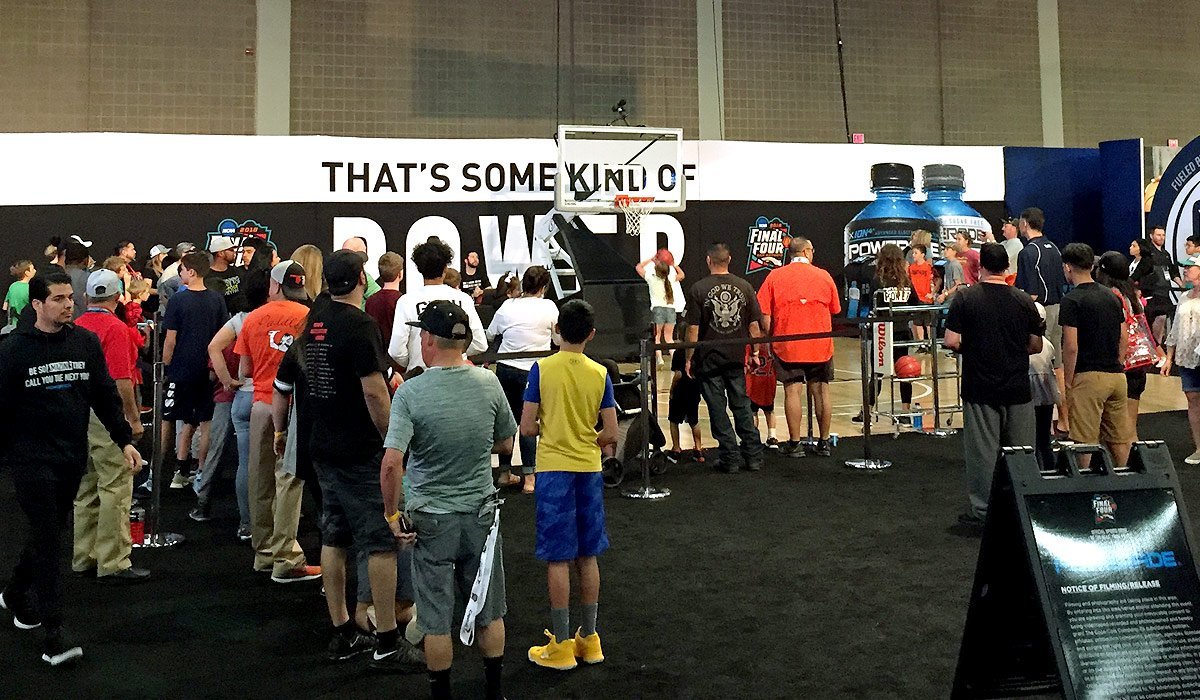 Want to bring a similar experience to your next event?