A circus photo booth is something that’s been done plenty of times before, so when we were tasked to provide just that we wanted to put our own spin on things. The agency we worked with on the event, Kennedy Creative out of Austin, likes to give us the freedom to go beyond the typical 8’x8′ backdrop and flesh out interactive sets where guests can be a part of a scene and not just pose in front of something.

Starting with sketches, we framed out the general scene we wanted for the circus photo booth, and then went to work sourcing items to make it come to life. Some items were pre-fabricated, but some were SUM-fabricated, meaning they were created in house specifically for the event. As you can imagine, it’s easier to build a prop 100kg barbell than purchase one. Consider the shipping charges alone..

Once the scene started to come together, final decorative props — confetti, balloons, framed images — and handheld props were added to give the scene a more dynamic feel. That was important so every photo had the ability to be different from the previous one.

The event itself went just as we had hoped, with guests using the space in ways we didn’t even consider, creating their own stories and narratives while capturing their unique photo. 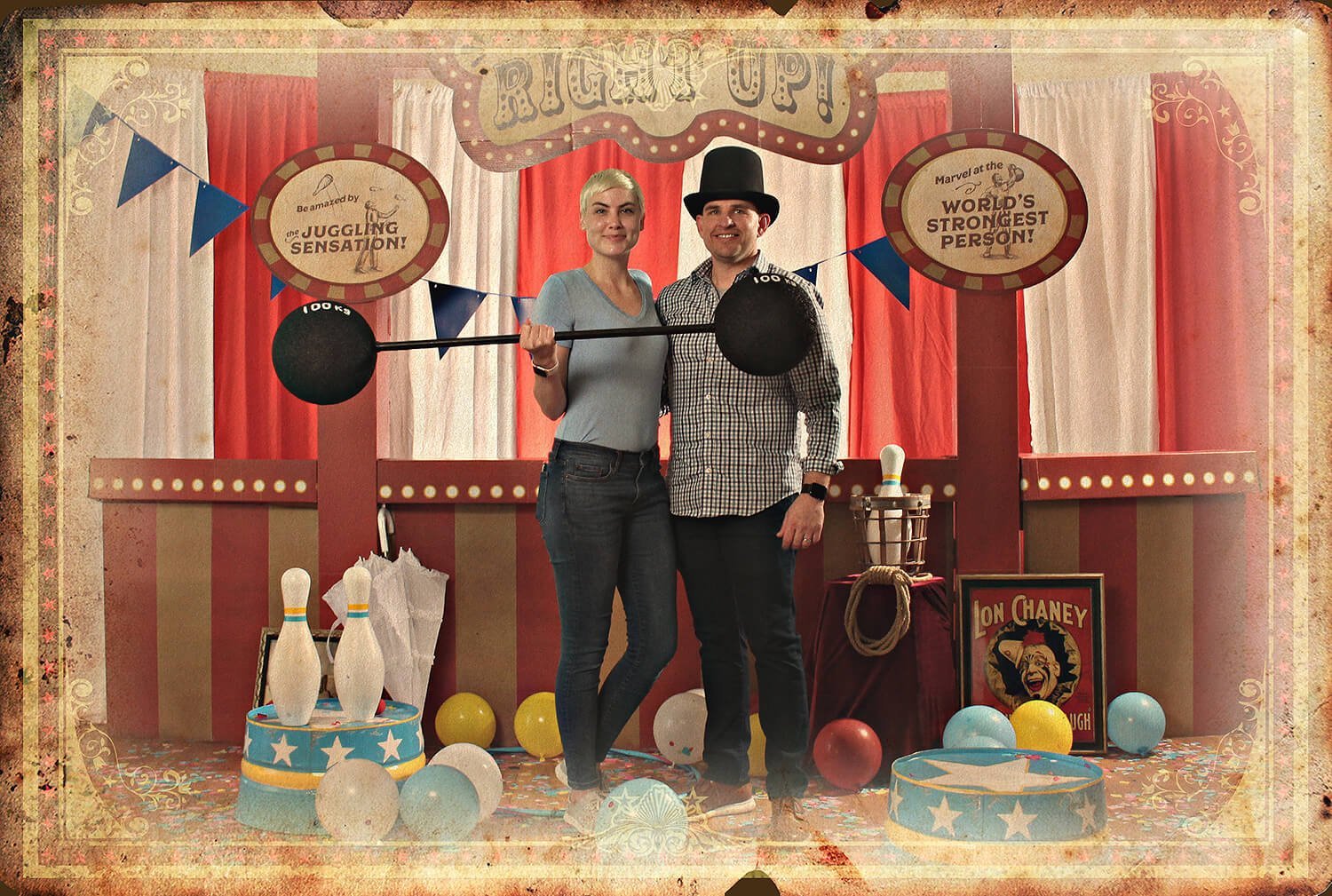 As much as we love green screen, with its quick ability to extract a guest and place them in any scene imaginable, sometimes it’s equally compelling to have a set piece that allows guests to actually step into a physical scene instead of a virtual one. It’s something we’ve done previously and hope to continue to offer to clients that want to bring a bit more to their photo ops.

Want to bring a similar experience to your next event? Don’t hesitate to get in touch.