First there was Mojo Photobooths. Then Pink Shutter Photobooths. The latest photo booth to enter the Shark Tank is MirMir, a photo booth company founded by two photographers who wanted to create a photo booth experience different from the standard gimmicky, novelty offerings (which is also what we set out to do almost 11 years ago).

Their skin softening black and white images have become a popular look in the Hollywood circuit, with A-List types bringing them to their weddings, parties and social functions. Their style has become somewhat synonymous with the Kardashian’s, so much so that it’s not uncommon for clients to reach out to other photo booth providers looking for the “Kardashian filter” or the “Kardashian effect”.

It’s interesting that a business model can be built (and sold on Shark Tank, spoiler alert) on one look alone, especially in a continually evolving industry with competition coming out of the woodwork in every direction. Shark Mark Cuban seemed to agree. Look at the the following exchange:

Mark Cuban: As an investor I’m not getting the sense there’s any unique filters in there.

MC: Yeah, but this is something that other people can replicate.

MirMir: If someone can replicate it that easily, why haven’t they done it in the last 5 years.

MC: Ok so you’ve developed 1 filter. Is that all your IP or.. what else?

MirMir does have a name within the industry, however, and that name currently has more clout than their flattering photo style, which has been replicated to varying degrees over the years — so much so there are Reddit threads dissecting how to simulate it in Photoshop. In this industry, it’s that clout that gets you access to working A-List parties and functions, and earning over $3 million dollars over the past few years.

Now with the backing of a Shark, it will be interesting to see where the company goes from here, and if it will abandon only having one standard look and offering. We’ll all be staying tuned to see what happens, and in the meantime, we’ll keep working on our own version of the “Kardashian filter”. 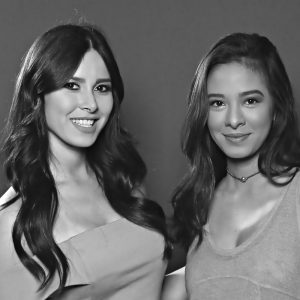